Inside Dirty Dancing: A Conversation with Screenwriter Eleanor Bergstein 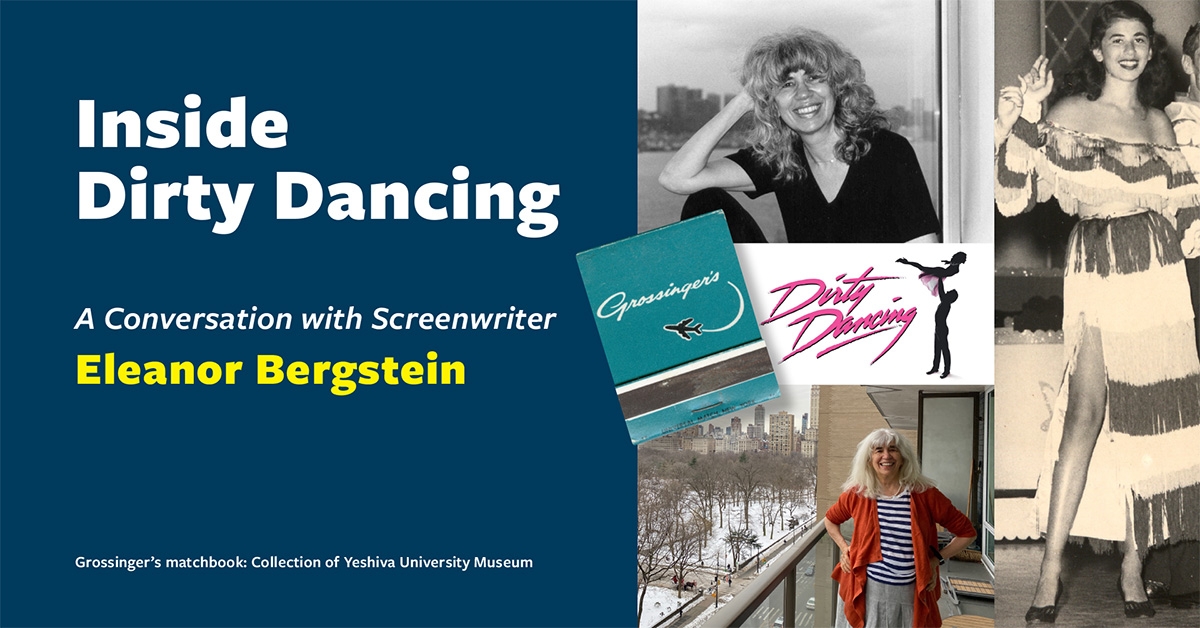 Eleanor Bergstein was a teenage mambo queen whose family summers at Grossinger’s inspired her screenplay for Dirty Dancing, the 1987 film set in a Catskills resort in the summer of 1963. The first film to sell more than a million copies on home video and the source of two multi-platinum albums, Dirty Dancing is beloved by multiple generations of fans, and still resonates with contemporary audiences some 34 years later. Eleanor Bergstein will share stories from her life and behind-the-scenes anecdotes from the creation of the film and stage musical, as well as insights into Dirty Dancing’s enduring popularity.