“In-Between”: Arab-Jews in Palestine/Eretz Israel at the Turn of the 20th Century

Hosted By: Crown Family Center for Jewish and Israel Studies at Northwestern University 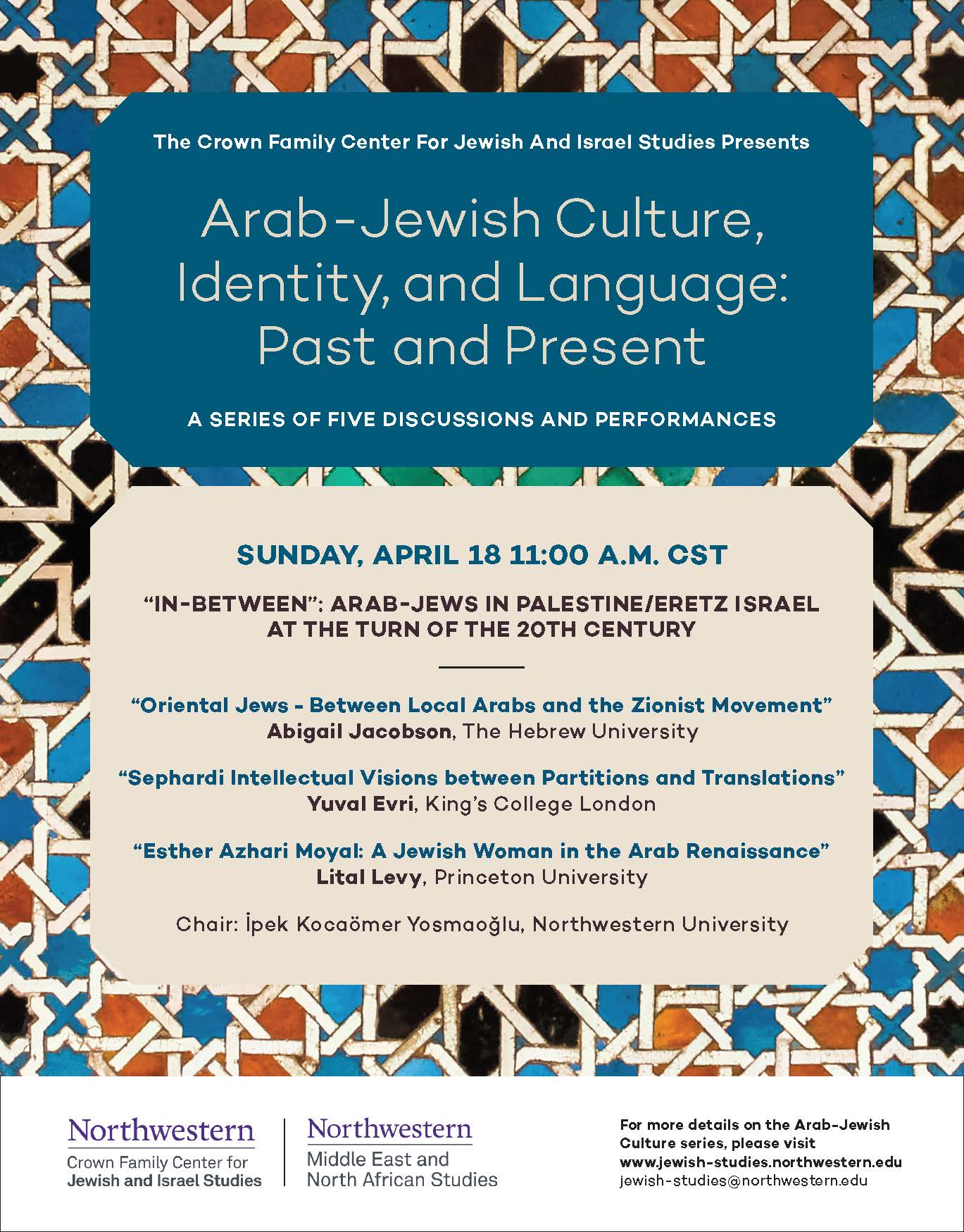 This is the first event in a five-part series examining Arab-Jewish culture, identity, and language from historical, contemporary, political, legal, and personal perspectives. Scholars from around the world will discuss the wide range of cultural contacts and influences between Arab and Jewish societies in the Arab world, and Israel.

The series will also feature musical performances by Israeli-Jewish musicians who produce their work in Arabic and in its various dialects.