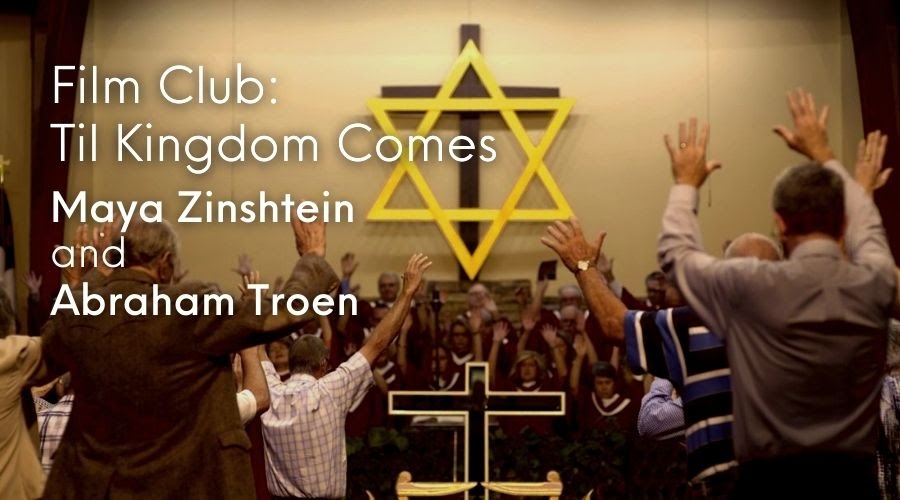 In this provocative look at strange political bedfellows, Israeli filmmaker Maya Zinshtein investigates the political alliance between American evangelicals and Israel’s right wing, and their influence on the US’s foreign policy. Why do American church leaders encourage parishioners to make donations to Israel, even from poor communities? Do they believe Israel’s expansion will play a key role in end-times prophecy?

Interviewed by AJU’s Dr. Rotem Rozental, Maya Zinshtein will be joined by the film’s producer, Abraham Troen as they discuss their experiences and discoveries in developing a film that spans from rural Kentucky, to the halls of government, to the move of the US embassy in Israel.

There is no cost to attend this discussion. However, rent the film, Til Kingdom Come, starting 2/26.