Did The Exodus Happen? History, Memory And Theology

The most important event in the history of the Jewish people is the exodus from Egypt. According to biblical and liturgical texts, this event shaped the nation more than any other; it formed the foundation of Jewish identity in the ancient world and continues to do so today. But did this crucial event actually happen? Many voices in recent decades have claimed that the story of the exodus is a fiction and that the events it portrays did not in fact occur. In the popular press and other media, one often hears the claim that archaeological evidence disproves the exodus story.

In this lecture Professor Sommer will address these questions, showing, first of all, that people who make these claims are unaware of the nature of archaeological evidence and what it can and cannot prove. Second, people who make these claims seem to be largely unfamiliar with the actual archaeological evidence from Egypt in the second-millennium BCE. Professor Sommer will review some of that evidence, which shows that the biblical traditions about the exodus preserve facts about Egypt at that era. In light of the mass of much earlier information found in biblical portrayals of the exodus, it is overwhelmingly likely that the biblical texts preserve genuine historical data about an event in which ancestors of the Israelites escaped slavery in Egypt. 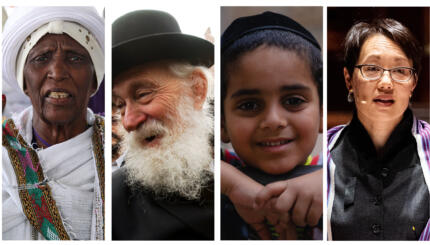 Are Jews a Race?

Jews include individuals of enormously diverse origins and physical appearances, making the idea that Jews could easily be designated a race implausible.

How is Jewish identity defined?