Conversations on Zionism Episode 2: Israel: A Light Unto the World 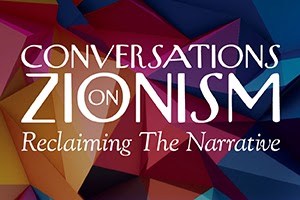 The time has come to show the world what Zionism looks like. That Zionism comes in all colors, shapes, and sizes. That it’s inclusive, diverse, beautiful, respectful. That it builds bridges. That it’s about freedom: freedom of religion, freedom of expression, freedom from preconceived notions. That Zionism supports Israel, a country where synagogues, mosques and churches all share the same skyline. A country where Christians, Jews, and Muslims live as neighbors and sit around the same table – and while they may have different views, they all have a seat.

Join Jewish National Fund-USA for a series of human interactions, short films, interviews, panel discussions and more – all meant to facilitate a dialogue and expose the beautiful and diverse facets of modern Zionism, and its positive impact on many aspects of our lives, no matter where we are on the globe.

From religious idea to secular ideology.

Toward a 21st Century Alternative Zionism

Mordecai Kaplan, A.D. Gordon, and the future of Israel-Diaspora relations.