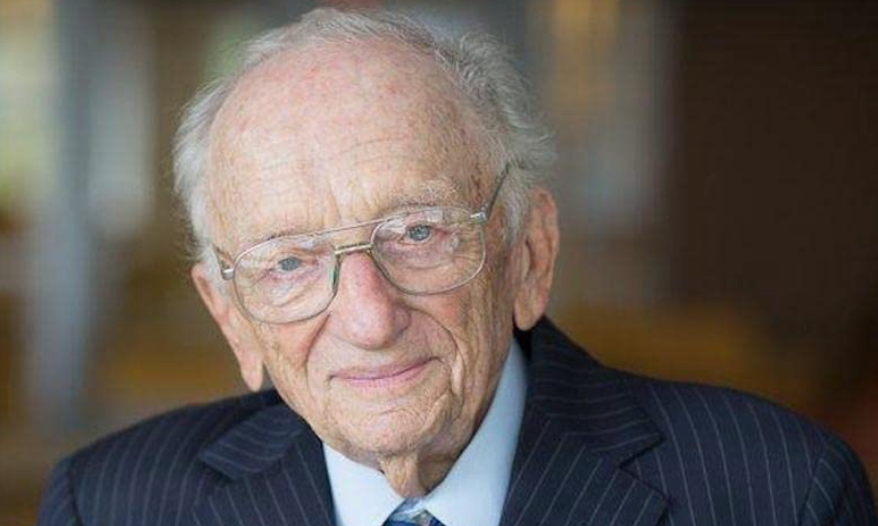 Special D-Day program! Benjamin Ferencz was the Chief Prosecutor for the United States in the Einsatzgruppen Case, which the Associated Press called “the biggest murder trial in history.” Twenty-two defendants were charged with murdering over a million people. He was only twenty-seven years old, and it was his first case.

After Ben graduated from Harvard Law School in 1943, he joined an anti-aircraft artillery battalion preparing for the invasion of France. As an enlisted man under General Patton, he fought in most of the major campaigns in Europe. As Nazi atrocities were uncovered, he was transferred to a newly created War Crimes Branch of the Army to gather evidence of Nazi brutality and apprehend the criminals. Ferencz was sent with about fifty researchers to Berlin to scour Nazi offices and archives. In their hands lay overwhelming evidence of Nazi genocide by German doctors, lawyers, judges, generals, industrialists, and others who played leading roles in organizing or perpetrating Nazi brutalities. All twenty-two of the defendants whom Ferencz put on trial were convicted. Thirteen were sentenced to death. The verdict was hailed as a great success for the prosecution. Ferencz’s primary objective had been to establish a legal precedent that would encourage a more humane and secure world in the future.