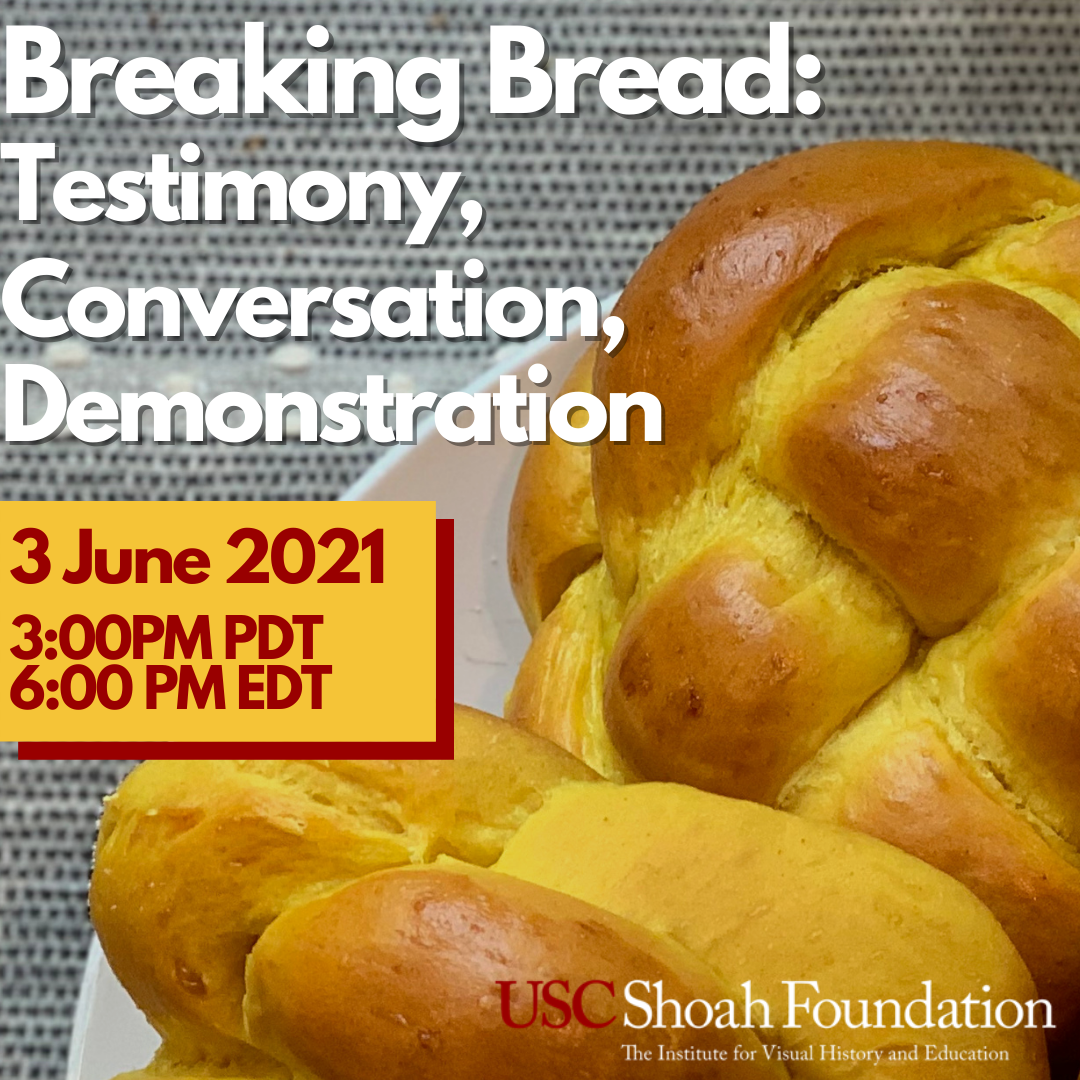 Over the past year, budding bakers sought refuge and comfort in their kitchens, learning to bake bread. Loaves of sourdough and challah forged connections between families and cultures when we could not physically be together. These connections build on deep traditions in cultures around the world, often discussed in USC Shoah Foundation’s Visual History Archive of 55,000 testimonies of genocide survivors and witnesses. This live conversation will explore bread through testimony and hands-on demonstration with Ulrika Citron, challah master, 2nd Generation Holocaust survivor and member of USC Shoah Foundation’s Next Generation Council. Ulrika will be joined by Dan Morgan-Russell, Award-Winning Baker and moderator Finci-Viterbi Executive Director Stephen Smith. To join in the challah braiding demonstration, you will receive a challah recipe prior to the event so that you may prepare the dough.