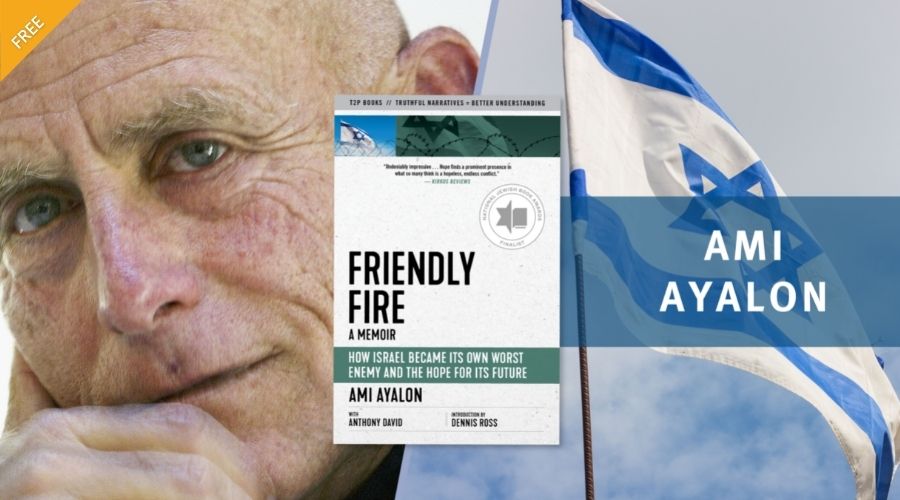 “If Israel becomes an Orwellian dystopia,” writes Ami Ayalon, former Shin Bet Director, “it won’t be thanks to a handful of theologians dragging us into the dark past. The secular majority will lead us there motivated by fear and propelled by silence.”

His recent book chronicles his journey, from kibbutz to decorated commando, naval commander, intelligence chief and cabinet member, and how he came to realize that the sustainable and democratic Jewish homeland for which he repeatedly risked his life, and killed, can only be realized side-by-side with a Palestinian state whose citizens have genuine hope for their own bright future. Hear his story and his solutions for the future.

How Do We Move Forward? Lessons from An Author from Her Book

“A Guest At The Shooter’s Banquet” Book Talk