Book Talk: A Fortress in Brooklyn 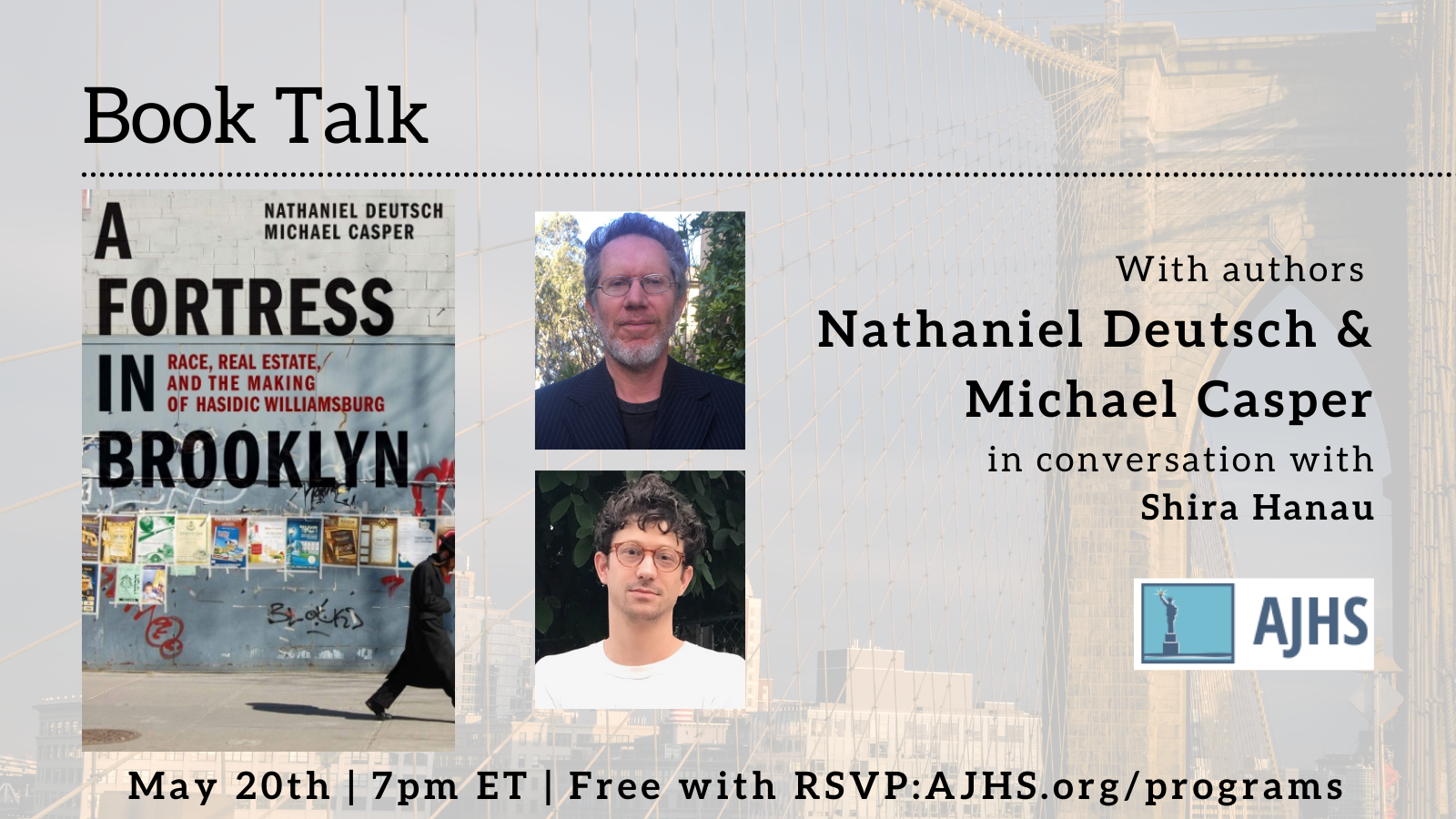 A Fortress in Brooklyn looks at a Hasidic Williamsburg neighborhood, often regarded as one of the most separatist, intensely religious, and politically savvy communities in the entire United States. Less known is how the community survived in one of New York City’s toughest neighborhoods during an era of steep decline, only to later oppose and also participate in the unprecedented gentrification of Williamsburg, Brooklyn.

Nathaniel Deutsch and Michael Casper unravel the fascinating history of how a community of determined Holocaust survivors encountered, shaped, and sometimes fiercely resisted the urban processes that transformed their gritty neighborhood, from white flight and the construction of public housing to rising crime, divestment of city services, and, ultimately, extreme gentrification. By showing how Williamsburg’s Hasidim avoided assimilation, Deutsch and Casper present both a provocative counter-history of American Jewry and a novel look at how race, real estate, and religion intersected in the creation of a quintessential, and yet deeply misunderstood, New York neighborhood.