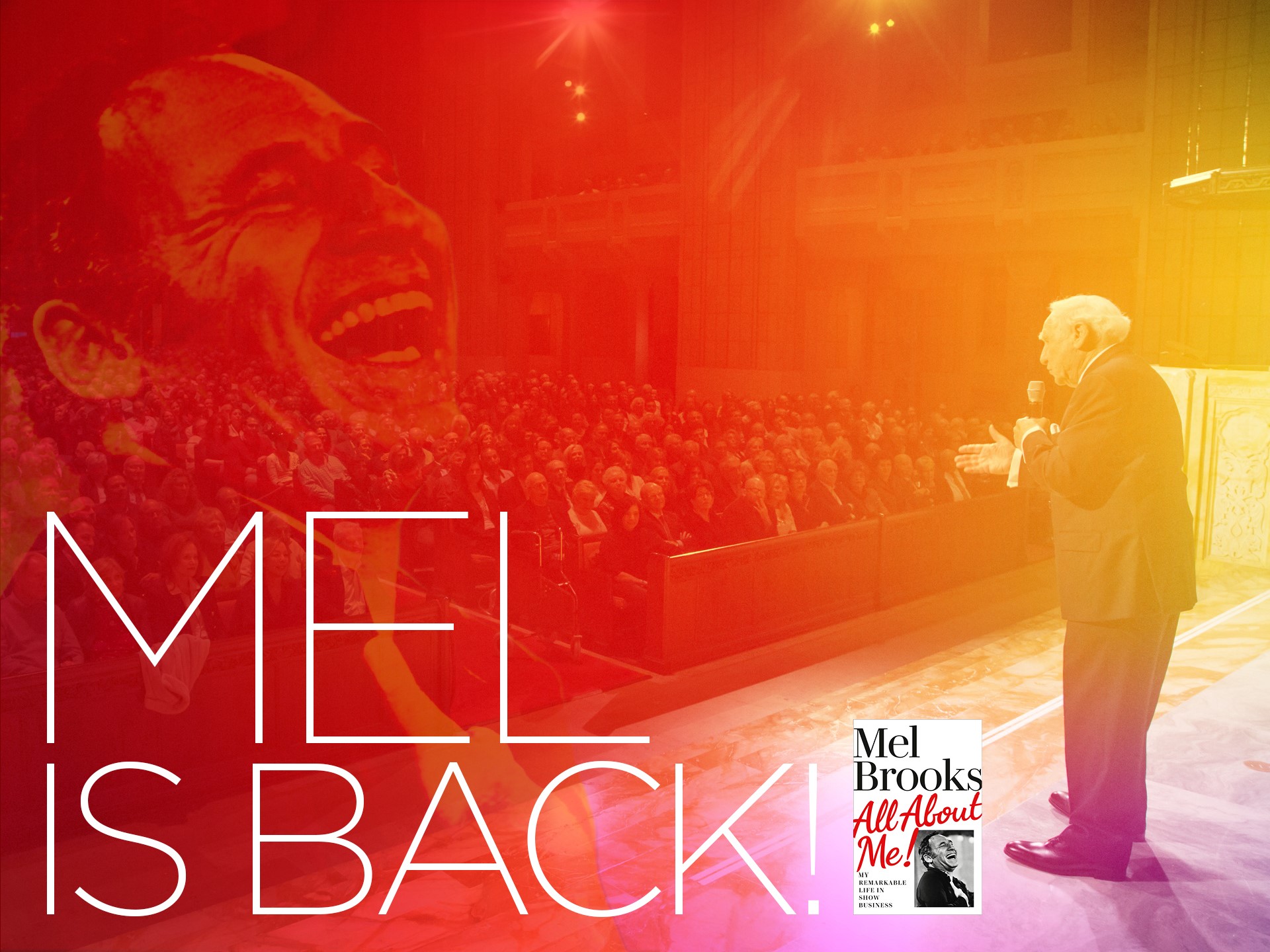 At 95, the 2000 Year Old Man is still going strong, dishing out the signature hilarity that turned The Producers, Blazing Saddles, Young Frankenstein and Get Smart into mega-hits – and set the gold standard for television, film and stage comedy. In his hilarious new autobiography, All About Me, Mel Brooks chronicles his rise from a Depression-era kid in Brooklyn to his career as a teenage comedian in the Catskills, his membership in the greatest writers’ room in history for Sid Caesar’s Your Show of Shows to triumph after triumph as a writer, producer and director – joining the exclusive club of EGOTs, winners of an Emmy, Grammy, Oscar, Tony. Join Mel Brooks as he shares stories about his years of struggle, the sources of his inspiration and his camaraderie with Carl Reiner, Gene Wilder, Madeleine Kahn, Alfred Hitchcock and the love of his life, Anne Bancroft.